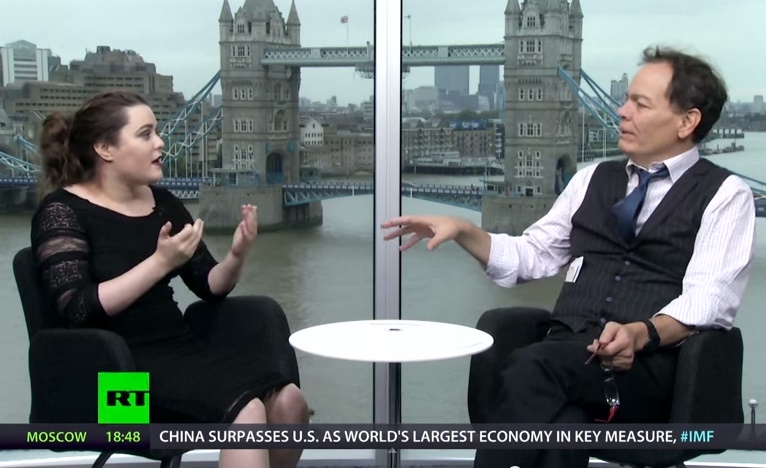 Interview on the Keiser Report

Below you will see a brief summary of some of the activities I engaged in before I became involved in politics:

Standing up for Whistleblowers

It is unfortunate that so many people in prominent positions have failed to support the whistleblowers that have revealed wrongdoing both in Ireland and abroad. I myself, have been supporting whistleblowers for many years. In 2013, I raised money to help cover legal defence costs for whistleblowers by selling a calendar that featured information about historical whistleblowers together with some of the photos from my modelling career. It was quite the hit.

I have also published numerous articles in defence of whistleblowers (see e.g. here and here), including an academic article that argues for increased international protection of whistleblowers (published in the San Diego International Law Journal). I believe that in at least one case, these writings had an impact on a court case, as the judge explicitly referred to the support that the accused had received in the international press. My primary purpose, however, has been to counteract the often very negative press coverage of whistleblowers and transparency activists, and to inform people of the public service that such individuals perform. 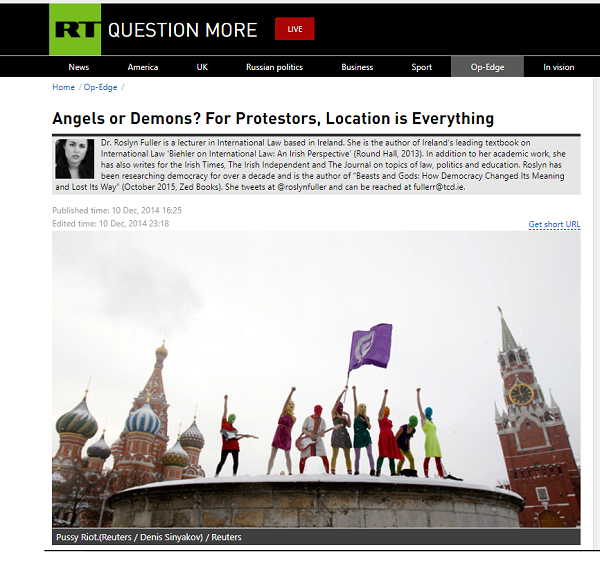 My article on RT in support of the right to protest

In addition to a piece I published on the JobstownNotGuilty trial in Ireland, I also called RT’s television production when Paul Murphy was arrested in a (successful) attempt to get international coverage of the issue. I have since made a submission to the Law Reform Commission suggesting that activity such as blocking a car during, or as part of, a protest be (at the very least) reduced to classification as the much more minor offence of ‘intimidation’ rather than the utterly disproportionate charge of ‘kidnapping’ which carries a maximum life sentence.

In addition, even with such reduced charges, in most cases the right to protest would need to be taken into consideration, so that prosecutions and convictions for such behaviour would be limited to the most extreme cases. These changes would bring Ireland into line with international practice.

The Arts, Culture and Immigration

For the first seven or eight years that I lived in Ireland, I was deeply involved with the arts, and I worked as a model for some of Ireland’s best artists and photographers. Over the years, I picked up quite a bit about visual art and the challenges of working in the creative industry. I also tried to use my time as a model to promote a down-to-earth, positive body image approach to life.

In 2011 I started the Irish Bodypainting Competition (now under different management). The competition is not only a fun day, it’s useful for people to hone their skills in make-up and special effects, which are sought after in the fashion and film industries.

During this period of my life, I also chaired a multicultural writers group (the Irish Writers’ Exchange). In addition to contributing the book review to Metro Eireann for five years, we also published a book titled ‘Dublin: Ten Journeys, One Destination’ in 2010, which was a collection of short stories from Irish and ‘new Irish’ authors. The Dubliner gave the book a five-star review:

"This is a brilliant collection - not brilliant for a writer's exchange - just brilliant, period."
(The Dubliner, June 9th 2011)

In 2011, the Irish Writers’ Exchange won a MAMA (Multicultural and Media Award), as well as a Dublin City Council grant to give writing workshops in economically disadvantaged areas of the city. Thus, we killed two birds with one stone fostering multiculturalism and literature at the same time.

I continue to support cultural events in the Greater Dublin Area, such as Southern Cross Day in Portmarnock. 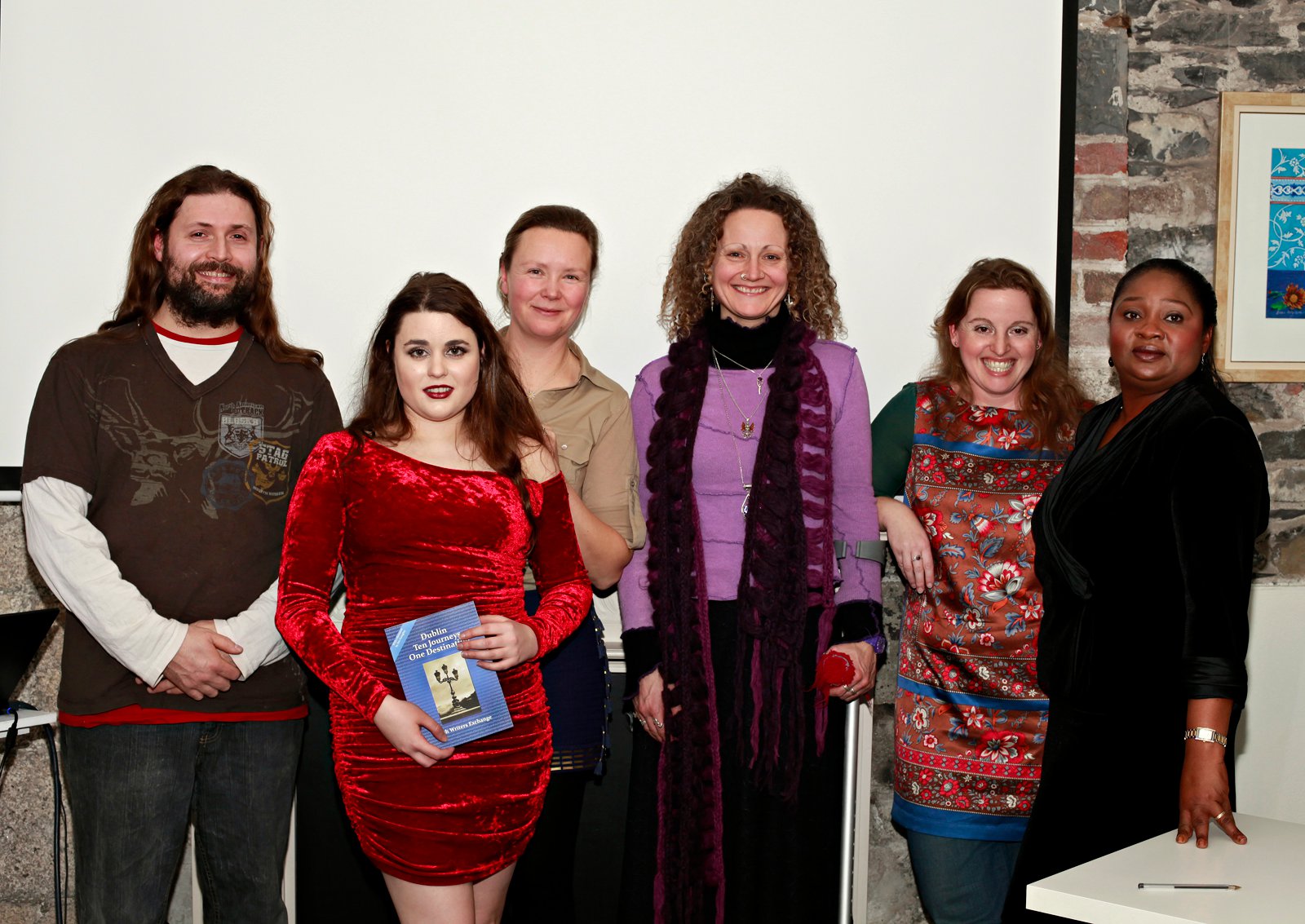 At the launch of Dublin: Ten Journeys, One Destination 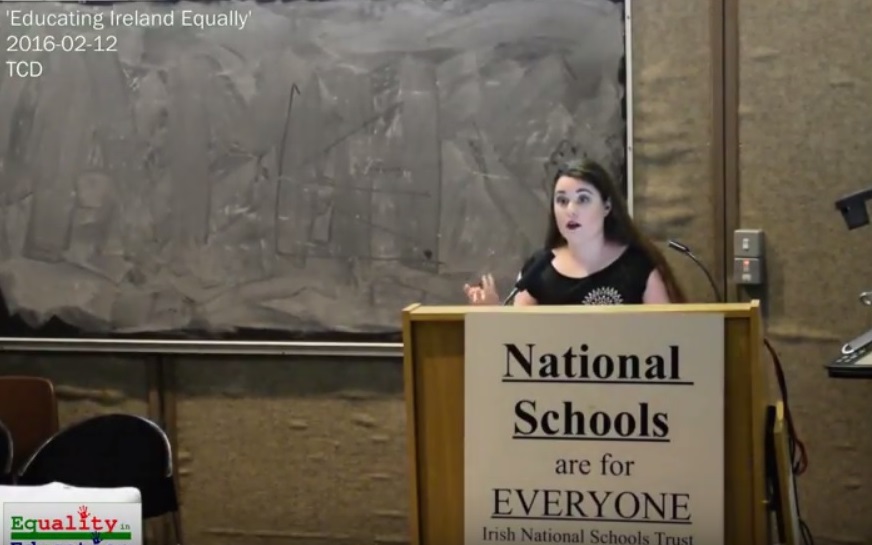 Speaking at an Education Equality event

As a former lecturer, and author of a textbook, I, of course, have been heavily involved in education. While I was lecturing I tried to improve education outcomes and to rectify some of the systemic issues that came to my attention. I was able to contribute some of my thought in an Irish Independent column here, and to share more of them at an Education Equality event at Trinity College here.

I continue to work with individuals and groups in my area to ensure that students have equal access to education and that education is geared toward helping students develop their full potential. Gifted children and children from disadvantaged socio-economic backgrounds are of particular interest to me, as I myself was the beneficiary of a gifted programme in my childhood.

I am one of the world’s leading experts on the practice of democracy, in particular on forms of participatory and digital democracy.

You may have noticed that the idea of democracy is under attack lately. Indeed, it has become quite fashionable to claim that the ordinary person should simply be excluded from politics altogether and allow their social superiors to run their lives for them. Who has worked tirelessly to counter this argument? Me. Here (BBC), here (LARB), here (UN), and here (OpenDemocracy) for example. As I am virtually the only person sticking to this position in 'educated' circles, this has not been an easy task. In fact, it's rather like being a single warrior holding the pass against an invading army. Once again, I feel that my role has been to counter the misinformation and poor logic that has been deployed by so many of the privileged to explain why those less fortunate should be stripped of their rights. Someone has to do it.

However, I also engage in more hands-on activities, like running my own digital democracy projects in Fingal and supporting participatory budgeting in South Dublin.

Supporting 300k - Have your Say

World-Wise but Down to Earth

Sometimes Irish politicians like to talk about all the places they have been, and I've done my fair share of travelling, too.

However, more important than places I have rested my head, is probably the fact that I have spent significant time in Canada, Germany, Spain and (of course) Ireland.

As a result I've picked up a lot of best-practice from around the world. For example, some ‘experts’ would have one believe that free healthcare is a utopian dream, but it was the reality I lived before coming to Ireland. Other countries are not magical fairy worlds. We can do what they can do. While my extended travels mean that I haven’t lived on the same street all of my life, I believe it is very helpful that I've picked up real life experience and knowledge from around the world, and that when you vote for me, you are ultimately doing so in order to enable me to use that knowledge for the good of the country.

Note: That kid with the hood is not an unusually friendly member of the Ku Klux Klan, but participating in Semana Santa or Holy Week in Spain.