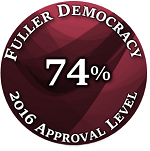 In Fuller Democracy 2016, 74% of Fingal residents voted in favour of legalising and taxing cannabis at standard VAT levels. According to my estimates, this would raise roughly 150 million Euros in revenue, which I propose to spend exclusively on mental health (improving the mental health system was one of the most popular outcomes of Fuller Democracy 2016 with 95% of participants supporting it).

I am open to putting further legalisation and taxation measures up for decision in future, in particular in regards to psychedelic drugs (e.g. LSD and MDMA).

This puts me in a similar but slightly different position than that taken by the Controlled Drugs and Harm Reduction Bill 2017 proposed by Independent Senator Lynn Ruane. The bill, as introduced by Senator Ruane, focuses on decriminalizing drug possession, while I propose to legalize and tax certain drugs (in particular cannabis, which is the only one I currently have a mandate for). I do agree that decriminalizing users, as proposed by the Controlled Drugs and Harm Reduction Bill, is a good step and that sending drug users to prison merely for taking an illegal substance is a waste of resources, makes it more likely for people to become involved in crime in future, and is actually quite cruel, considering that they need help more than punishment.

However, I generally try to kill as many birds as possible with one stone, and if we are going to decriminalize, we might as well legalize and make some money while we’re at it. In fact, we should feel free to make all of the money that we need to give people who have addiction issues the mental healthcare that they need to live life free from addiction. And then we should make some more money to provide mental healthcare for everyone else in the entire nation, because the drug trade is a very lucrative one, indeed.

Cannabis is the ideal drug for these revenue-raising purposes because:

For those who disapprove of drug use on moral grounds, my solution has the satisfactory side effect that they can feel that those who indulge in vice are, at least,now contributing to the national budget every time they do so.

Raising enough revenue to give Ireland a world-class mental health system by legalizing and taxing cannabis is simply more cost-effective than the Drugs Dissuasion Service that the Controlled Drugs and Harm Reduction Bill proposes to set up. The Bill as it stands proposes to send everyone caught in possession of drugs through an assessment process with the potential for the case officer to order further treatment such as requiring the person in question to attend a ‘drugs awareness programme’. I think that this is a reasonable approach for highly addictive drugs, such as heroin, where there is a stronger argument to avoid outright legalization.

However, there are plenty of people who take drugs, such as cannabis or ‘magic mushrooms’, who do not become addicted to them, nor are these people generally in any particular need of psychological help. Sending everyone through an assessment is a waste of time and money. On the other end of the spectrum, anyone who does need psychological help probably needs more than a ‘drug awareness programme’, or even potentially a ‘drug rehabilitation programme’ (two of the measures that a case officer of the Drug Dissuasion Service can recommend).

Furthermore, it would be infinitely preferable for people to seek out help before they develop an addiction wherever possible, something that is very difficult given the present state of our mental health services.

All things considered, it would therefore be more beneficial to legalize cannabis and plough the revenue into a good mental health service that effectively deals with the underlying reasons for people becoming addicted to substances (of whatever sort) in the first place. This is all the more true as, ironically, our current mental health service often prescribes anti-depressants that are far more addictive than some street drugs to precisely the people most vulnerable to developing an addiction to them. Thus, using funds from cannabis legalization to revamp our mental health system would also cut down on drug addiction in our country by eliminating avoidable prescriptions of anti-depressants and similar drugs.

So, while I believe that the Controlled Drugs and Harm Reduction Bill is progressive in many ways, I think we can do a lot better and my policy, based on the outcomes of Fuller Democracy 2016 remains to legalize and tax cannabis at standard VAT and to ring-fence the funds raised to dramatically improve our mental health services.