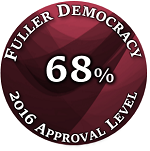 The question I get asked most frequently while canvassing is where I stand on the 8th amendment, which severely limits the possibility of getting an abortion in Ireland due to the fact that it mandates equal protection for the life of mother and unborn child/embryo/foetus.

In Fuller Democracy 2016, 68% of people voted in favour of holding a referendum on the 8th amendment with a view to expanding the scope for abortion.

This is basically the same conclusion that the Citizens’ Assembly that was held to debate this matter came to. As a result of the Assembly’s conclusions, we are expected to have a referendum on the 8th Amendment in 2018. It is, however, still uncertain what the question on the referendum will be, and, indeed, whether it will actually take place before the next national election. I feel that at this point, my job is to work towards holding that referendum as soon as possible. 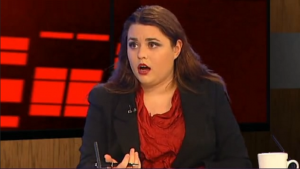 In my view, the issue of abortion is not one that lends itself to regulation via the constitution. This was tragically demonstrated by the preventable death of Savita Halappanavar in 2012 following a septic miscarriage. I discussed this case on Vincent Browne at the time.

Ideally we would repeal the 8th amendment and regulate abortion via legislation.

The 8th amendment has obviously become one of the most contentious issues in Irish politics, and I think it is worthwhile to take a moment to realize that people from either side of the debate are striving to protect important values. I cannot fault pro-life supporters for wanting us all to appreciate the value of any human life and the seriousness of the decision to have an abortion. We do live in a society that increasingly does not intrinsically value people, and the people who have spoken to me about their pro-life views generally do so from a respectful position that is aimed more at protection than oppression of others. I respect that and I think that it is a good thing that there are different views in our society and that people take the time and energy to express those views. We should always thoroughly examine every decision that we make and that means having the courtesy to listen to people who disagree with us.

That being said, I do feel that whether or not one chooses to have children or continue a pregnancy is a personal, individual choice. We do not live another person’s life; we do not know how we would react if we were in their situation; we cannot say that just because something would be right for us that it would be right for them. Abortion is a serious decision, and I trust people to make that decision for themselves.

I think that the best regulation would be to allow abortion up to the 20th week of pregnancy in any case, thereafter in cases of medical necessity (the limit is 24 weeks in the UK and 12 weeks in Germany, for comparison).

In the interests of ensuring that no one feels compelled to have an abortion (e.g. through pressure from others or financial difficulties) I am open to exploring a measure that is used in Germany. There, it is necessary for anyone requesting an abortion to attend one counselling session to ensure that the abortion is what one really wants and to make people aware of the financial aids they can draw upon. It should be noted, however, that this counselling is subject to strict government oversight, and must be truly open-ended and non-judgemental, and that, if such a measure were implemented, this would need to be the case here, too.

UPDATE: The Oireachtas Joint Committee has decided to put the question of repealing the 8th to referendum (likely in May/June 2018), and to legislate to allow abortion in all circumstances up to 12 weeks of pregnancy. After 12 weeks, abortion would be subject to certain conditions, such as a danger to the life or health of the mother.

This is pretty close to my policy on this point, so I will be campaigning for Repeal the 8th when the time comes.