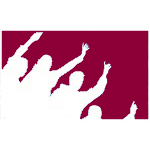 If elected, I will introduce a system of digital democracy in Dublin Fingal. This means that any of my policies may be overturned by you, the voters.

This strategy has two prongs of implementation. The first is my ongoing project called ‘Fuller Democracy’, an online decision-making process that I run for one month every year. Fuller Democracy asks people to debate and decide on what my policies should be. In fact, much of the policy that you will see on this webpage is the result of the outcomes from previous iterations of Fuller Democracy. If you haven’t signed up now to have your say, you can do so here.

Once elected, I will also put forward measures that are up for decision on my webpage for people to decide on, as these may be somewhat more specific or differ in detail from the policies decided on under Fuller Democracy.

Well, as one of the world’s leading experts in mass participation and digital decision-making, I feel that I am ideally placed to implement digital democracy here in Ireland, and there are many reasons why we need it.

When electoral politics were revived in the 1700s there were simply no other options for people to hold large meetings over vast territories other than to physically attend a gathering at a pre-agreed time. So, if you wanted to live in a large State, you had to have representatives, and elections were as good a way of choosing them as any. However, elections come with a lot of problems attached: they don’t happen very often; they inevitably lead to corruption, because politicians need to solicit donations in order to get elected; they tell us very little about what policies people want; they lead to polarization and unnecessary antagonism between parties; and they aren’t even accurate.

Despite all of the disadvantages of elections, for quite a long while we were stuck with them. Since the advent of the internet that has changed. It is now possible to do just about everything online, including debating and voting. In fact, voters in Estonia and Switzerland already regularly cast their ballots online in elections and referenda.

There are many reasons why mass online voting is superior to traditional representative decision-making:

We’ve been having a lot of fun with Fuller Democracy, and we know that people with similar initiatives from Iceland to New Zealand have been having similar successes with this new form of decision-making. I believe that digital democracy is not just a sensible policy, but that it is inevitable adaptation if we want to continue to enjoy prosperity and freedom into the future.