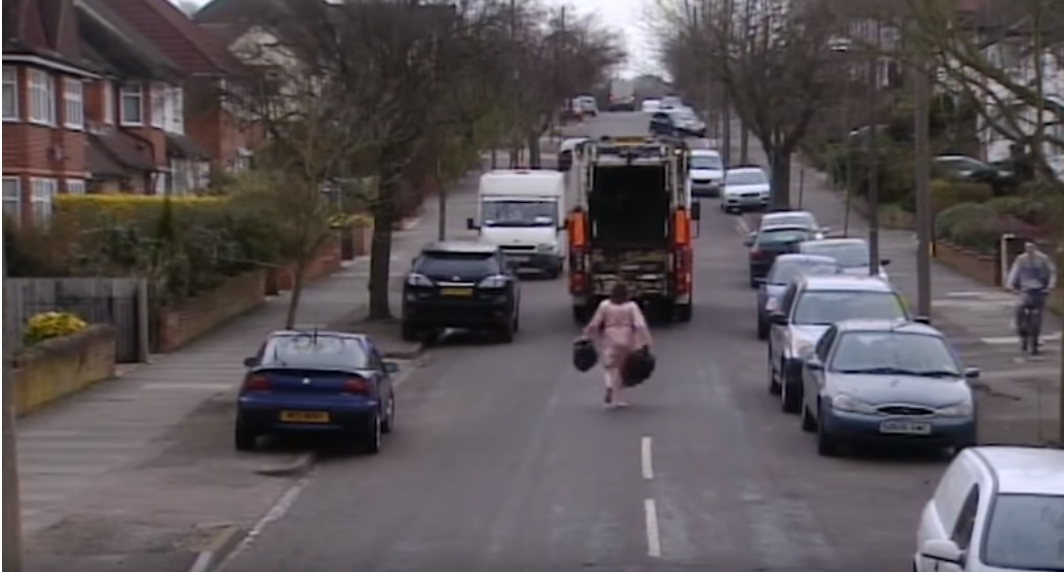 First a little reminder of what is at stake with bins:

So – what went wrong with the bins?

Well, back in 2011, Fingal County Council decided to privatize bin collection, because in the aftermath of the economic crash money was tight and a consultant did a study telling them that they would lose money if they didn’t.

It’s part of the typical three-step privatization maneuver that has been used the world over for decades. Indeed, I remember very distinctly sitting in a printing shop in Dublin waiting for my doctoral thesis to be bound around this time with the radio playing and two ‘experts’ airing the view ‘Well, sure if the IMF wants to give us the money (for the bail-out) why shouldn’t we take it? It’s free money.’

Except… there is no free money and even though the bail-out/privatization move is one that people the world over are familiar with and a concept that I dealt with in that very thesis that was being bound, needless to say no one wanted to hear it back then.

And while I do feel a sort of grouchy ‘I told you so’ about that, my main point in bringing this up is to highlight that there is no point in studying or travelling around the world if you aren’t going to apply the knowledge you’ve learned. This was something that was known, but it was not acted upon.

Here’s how a typical bail-out/privatization goes:

Step One: they take your money.

This is the ‘bail-out’. It happens through the rather strange determination that someone else needs your money more than you do. Those people are often very affluent and managed to lose their own money through a series of risky dealings that they hoped would net them big profits (known as being an unsuccessful capitalist). Now at this point, the economy has generally formed a bubble (false expectations of growth) and thus if the bail-out doesn’t happen it will ‘shrink’ (return to where it actually is rather than the figment of imagination bubble). In order to prevent this happening, the private debt that has accumulated (to inflate the ‘growth’ by purchasing things with money that has not yet been earned but is (unjustifiably) expected) is first transferred to the taxpayer, by nationalizing it. Then the taxpayer is given a loan in order to pay off the debt that they just acquired, since they don’t have this money to hand either. And now, since they have to work to pay off that loan (which is serving to ensure that the bubble stays as alive as it possibly can and doesn’t completely collapse) they don’t have money for anything else.

You still pay tax – indeed you pay a lot more of it. It’s just not available to be spent on anything.

I suspect a diagram would be useful here, but it will have to wait until after the election. For further reading, I suggest Joseph Stiglitz and his book ‘Globalization and Its Discontents’. Stiglitz is a Nobel-prize winning economist and former World Bank employee. Here’s a photo of me with him at conference we both spoke at in the USA: 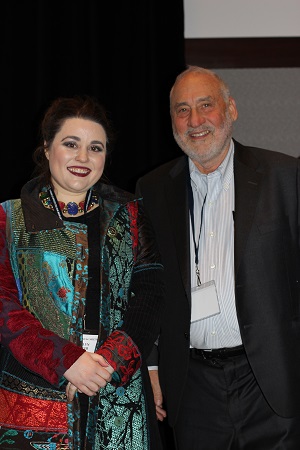 Step Two: companies and affluent shareholders (often the very same people who benefited from the bailout) begin to scream about public losses on things like waste management. OMG! Collecting garbage costs money!!! Scandal! They start harping on about how much money is going to be lost, distracting from the fact that…yeah, OK – but that’s what I pay tax for, right? I mean, the entire public provision of goods is a subsidization process and if I have to pay a tiny bit more in tax in order to keep up waste collection and pay people who are doing it a living wage and ensure they have some kind of a pension, well, them’s the breaks for making a lot of money. I also intend to have my trash collected in old age when I’m no longer earning and some whipper-snapper is technically paying for all of this. This narrative of loss is usually cemented by getting a consultant to do a study predicting these losses – losses that are generally wildly exaggerated, because…that’s what these consultants do for a living. It’s literally their business model.

Between step one and two, an idea is created that the public cannot afford to have waste collection.

Now, if you think about this for just a few minutes, it is obvious that there is a serious flaw in there, because one way or another this is a necessary service that has to be paid for. So that you might have to pay somewhat more, or that you might have to redesign the system to be more efficient are all possible topics of debate, but that you cannot afford to do it makes no sense.

The argument is often that private companies can do things more cheaply.

But…why? Why can they do things more cheaply? First off, often they can’t. But to the extent that corners can be cut – that happens in the worker protection space, and unfortunately that undermines us all. I’m all for accountability and delivering value-for-money in the public sector and I think this is also an area that needs to be addressed, especially considering the nepotism that can be involved in these things. But…creating a workforce of precarious employment and inadequate pensions is not the answer. And it hurts everyone. There is often a ‘divide and conquer’ mentality where people are encouraged to be annoyed with e.g. bus drivers and public sector workers over ‘how cushy they have it’…but, guess what? That ‘cushiness’ is propping up your working conditions, too. As a worker what you want is for other people to have it good, so that you can use that as a bargaining chip with your employer.

So, they create this myth: government is horrible and private companies are amazing. It doesn’t matter if anyone actually believes it or not, because you aren’t going to get a say, anyway. Its main purpose is to serve as justificatory rhetoric.

Unless you’re five years old, that goes by fast.

The extolled ‘competition’ and ‘choice’ somehow do not materialize.

That is because things like waste collection are what economists call ‘a natural monopoly’. You need a lot of infrastructure to collect waste efficiently and for a bunch of people close by one another to all use the same system. It’s an economy of scale. So what you’ll either get is a single company collecting or a couple of companies who form a cartel to keep rates up. After all, they are private, they have to make a profit – a profit that often flows right out of the country.

Furthermore, from an environmental point of view, the incentives are rather muddled. After all, the more trash you put in your bins, the more money the company makes. And if people throw out less they just have to charge more for what you do throw out to keep up their profits. It is unrealistic to expect a company to act in a manner that forwards its own extinction.

If things were publicly managed, and waste management just gradually became a smaller operation as we find better ways to reduce it, there could be a more integrated policy with environmental protection and there would be a greater incentive to deal with excessive waste on the supply side – e.g. packaging.

Instead what we often have is a situation of excessive packaging that no one wanted in the first place, which the average person is then forced to pay to dispose of/a system of goods being transported around the world for sale (not all that great for the environment, either).

Bottom line: you end up paying more than you otherwise would. The average household is now paying at least 250 EUR a year for waste collection.

This is why I support bringing waste management back under public control, or failing that, at the very least licensing more operators.