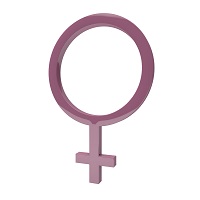 As always, I’ll preface these remarks by noting that with digital, participatory democracy, my constituents will always have a binding say in my voting behavior. This means that I cannot commit to policy pledges, as everything I do is ultimately subject to my constituents’ approval. However, I will go through these various pledges on my blog and outline where I stand on them and how I intend to vote in the event that we do not run a participatory process on these points in Fingal.

I was recently asked to comment on the Breakthrough Manifesto for Women, which was put together by the National Women’s Council of Ireland so in this post I will examine the Manifesto and then add some points of my own that the Manifesto didn’t deal with.

I have to admit that the casual attitude to domestic violence in Irish society is horrifying.  The Istanbul Convention has been fair in recognizing that men can also be the victims of domestic violence and in defining gender as a social construct. The only part of the Convention that I feel might create some difficulty is Article 46 (h) which claims ‘the offence resulted in severe physical or psychological harm for the victim’ as an aggravating circumstance. Physical harm is easy to determine and is often acknowledged as an aggravating circumstance (i.e. victim loses use of a limb, etc.). Psychological harm is harder to quantify, and beyond that, it seems odd to me that the punishment of a perpetrator would depend on this. Exerting physical force on someone tends to affect all people more or less the same way, so the criminal energy of the perpetrator is easier to determine. Smash a sledgehammer down on someone’s shoulder and it’s fairly obvious that you intended to seriously hurt them. However, the same event might affect two people differently pyschologically. I don’t feel that a perpetrator’s sentence should depend on the psychological robustness of the victim, as this doesn’t really have anything to do with the criminal energy of the act. It would be better to phrase this as saying that the act was calculated to cause severe psychological harm to the victim, as this places the examination back on the intentions and actions of the prepetrator rather than the victim.

However, you can always make a reservation to this provision and otherwise the Convention is pretty good. So I’d vote yes.

I’m all for making education a priority, however, I don’t see why this is a ‘women’s issue’. Last time I checked, men were also responsible for producing and raising children. The Manifesto mentions ‘strengthening parental leave’. One can only hope this means introducing equal levels of maternity and paternity leave, something I would strongly support.

I also see accessible, publicly subsidized early years childcare, as mentioned in the Manifesto, as a longer-term project. I’ve already committed to providing free, across-the-board healthcare and education…so…Rome wasn’t built in a day. I’m sure a lot of politicians would just say ‘yes’ to everything, but I don’t make promises I don’t intend to keep, and free healthcare and ‘traditional’ education is already a pretty big promise. Extending that to pre-primary education is on the back burner for me, for now.

Promoting gender balance and equal pay for equal work – one can see the gender dimension here, but not on the other issues. I also have no idea why ‘environmental standards’ were mentioned in this paragraph of the Manifesto.

But generally, I support the basic gist of this paragraph. Equal pay for equal work is a no-brainer, and I think we’d all (men and women) like to make a living wage in a secure job.

This part of the Manifesto was pretty vague. I will go so far as to say that work in the home (once again, whether that work is done by a man or a woman) is certainly something that has been devalued by the neoliberal, there-is-no-society model of economics that we’ve embraced and that perhaps a basic social income could help to alleviate this point. It bears further examination. However, this paragraph was so vaguely phrased that I can’t really take a position on it.

Needless to say, I’m onboard with ‘reducing poverty’ and whatnot (who wouldn’t be?), however, I’ve never been a fan of ‘gender-proofing’ as the Manifesto speaks of here. I’d certainly like to end discrimination, but to my mind ‘gender-proofing’ accepts gender as some kind of defining life experience. Which it shouldn’t be. So, whatever problems there are, this isn’t getting to the core of them. It’s a band-aid, not a cure. I looked though the ‘Gender-Proofing Handbook’ before answering this one, just to make sure I wasn’t missing anything, and it referred to ‘equality of outcome’; I’m an ‘equality of opportunity’ kind of person. So, a strong ‘no’ to ‘gender-proofing’.

This will be a referendum in any event, and we all know that my policy is to hold as many referenda as possible, so we’re A-OK here.

In that referendum, I personally will vote to repeal the 8th. Not only am I personally pro-choice, the 8thAmendment which seeks to give ‘equal’ status to two different goods (life of the mother and unborn) was a drafting disaster from the get-go.

Vaguely phrased and I don’t see why these would be ‘women’s issues’. Everyone should get the same treatment here.

This involves introducing gender quotas for local elections, which I have to say a reluctant ‘yes’ to. I’m not pro-quota, but the old boys’ club was so self-perpetuating that I have to admit that this is what it is going to take to break it. Ditto the target of 40% women on boards. I wish this weren’t necessary, but unfortunately it is, if we want to end discrimination on these points anytime this century.

This paragraph of the Manifesto also mentions making the Oireachtas ‘woman-friendly’. I have no idea what that is supposed to mean. If it’s a reference to childcare, see my views above on the equal responsibilities here.

More ‘gender-proofing’ here. I think public services should serve the needs of all people and I’m pretty sure women fit under there somewhere.

This was also too vague to really take a position on. I prefer to just take direct action wherever possible instead of writing a bazillion plans that are never implemented.

Things that Should have been in the Manifesto

There are two things I’d definitely support, but which this Manifesto didn’t mention.

It boggles my mind that this is still ongoing. Barring contrary orders from my constituents, I will do everything in my power to end separation between boys’ and girls’ schools.

In my world, your children get the same education, regardless of gender.

The impression that I get from a lot of Irish ‘feminists’ is that they accept that women are somehow more responsible for childcare than men. I think I’ve made clear that I reject that notion. I’d expand parental leave and split it evenly between parents, prohibiting any transfer of leave between parties. This should rapidly rearrange attitudes on who is responsible for early childcare.

My Position on the Breakthrough Manifesto for Women