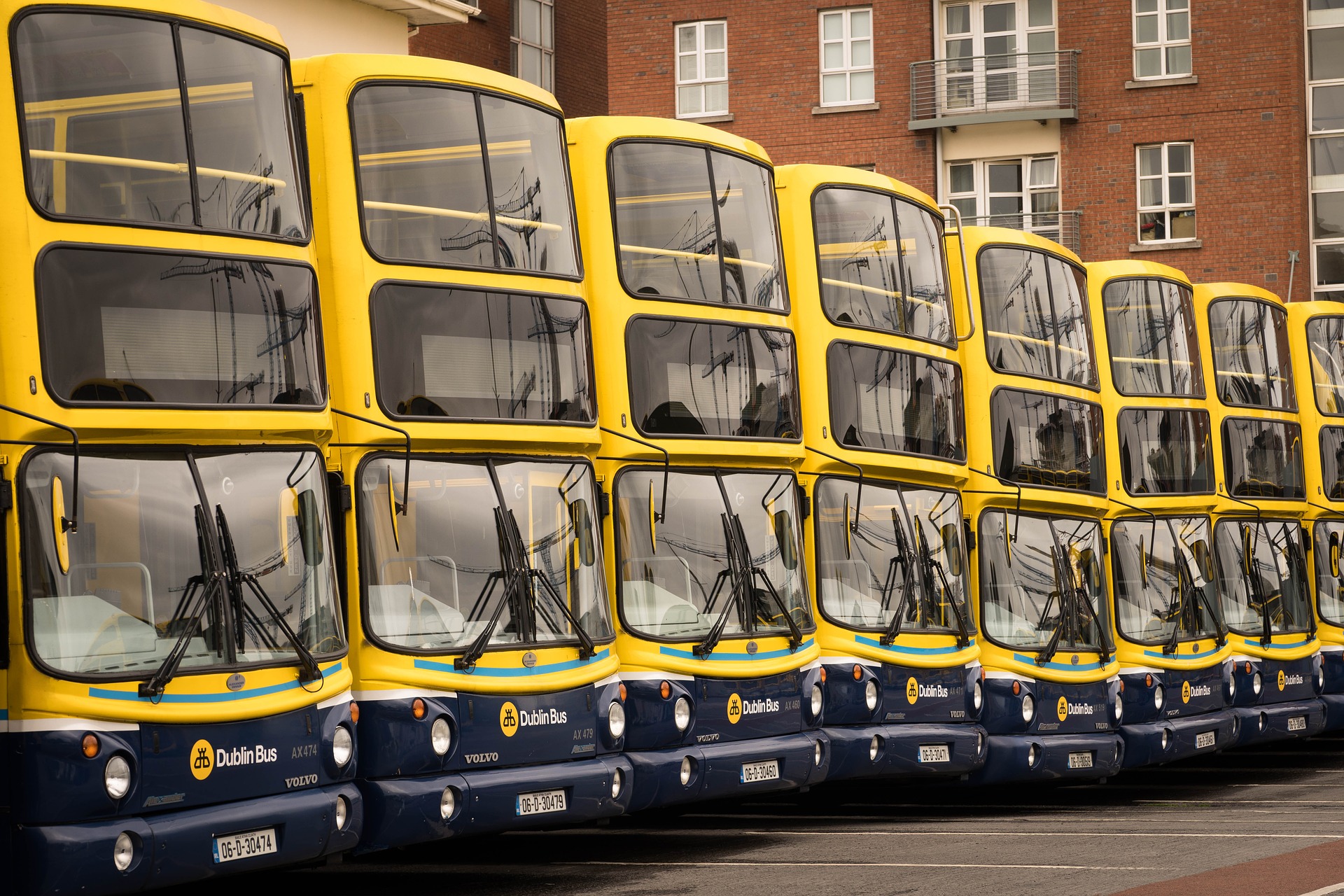 Most of you are probably aware that a plan to change the Dublin Bus network is currently underway. You can read more about it at (www.busconnects.ie), but the main gist is that bus lines will be simplified and instead of having several different bus lines heading into the city centre, one bus line (now assigned a letter rather than a number) will make the trip more frequently. This more frequent bus line will connect with less-frequent feeder buses, the idea being that you hop on a feeder bus that takes you to the main bus line or train station where you transfer onto a more frequent bus or train. This is often referred to as an orbital or hub-and-spokes system.

Now, I am all for a hub-and-spokes transportation system, but there is just one problem: such a system is meant to work with trains not buses. Light rail (underground, monorail, etc.) is the only way to shift a large number of people efficiently through a hub and spokes system, because light rail runs on a separate track from regular traffic, is not subject to traffic lights, carries more passengers and operates more doors allowing for quick transfers. This is the reason every other major city uses some form of train as the backbone of their public transportation system: only rail can provide the frequency, capacity and shelter from the elements that make switching from one piece of transportation to another more efficient (not to mention more enjoyable). While they are more expensive to build, rail can – as cities from London to Berlin to Malaga demonstrate – provide a complex, efficient transportation network for a large city.

So, even abstractly, as it were, trying to do the same thing mainly with buses and only a few trains is a big mistake, and where the BusConnects plan really goes wrong.

Then, however, come the particular problems for us in Fingal:

So, to sum up, if continuous feeder buses were dropping people from our coastal towns in front of a high-speed train station in Swords from which 3 or 4 train lines departed every five minutes to all parts of the city, things might look different. That would likely be a much more efficient and enjoyable way to leverage transfer points to facilitate travel. But that’s not what is happening. Instead we are redesigning without the proper investments and safeguards being in place.

In addition to making my own submission on this, I also helped to raise awareness and collect submissions from others outlining the issues with BusConnects. BusConnects received over 20 000 submissions, nearly 2000 of which were from Rush alone.

I also raised this matter at the Fingal Public Participation Network and the Local Community Development Committee (where I was briefly a community representative).

When I asked people what the most important priority for Fingal was in Fuller Democracy, 90% of you said public transportation.

I take this very seriously and will continue to work on this issue and ensure that Fingal gets the public transportation system it deserves.