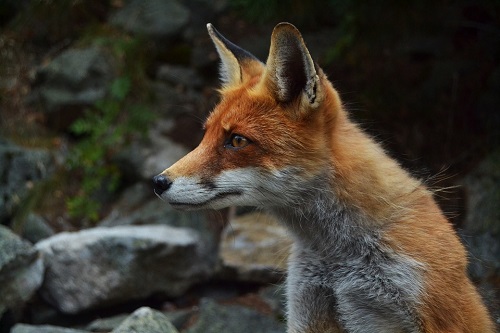 A core part of my platform is introducing direct digital democracy (see here and here. For this reason, I can only give information on what I will do in the event that we do not hold a poll on the issue in Fingal and my wishes are not countermanded by my constituents. Everything is always subject to that caveat.

The topic I am going to discuss here is animal cruelty, a point that has been brought to my attention by several constituents who have asked for my views on these matters.

To my mind, ‘traditional hunting’ would be along the lines of shooting a deer you intend to eat. I do not object to this kind of hunting. Nor do I particularly object to shooting anything that steals your chickens, etc.

But fox-hunting as a sport doesn’t seem to meet these utilitarian requirements, – if there’s anyone out there who enjoys a good dish of freshly-caught fox, they’ve been keeping it a good secret. Also, I’m not sure of what part of flushing out a fox on purpose and chasing it around with a pack of hounds really qualifies as ‘hunting’. Also, not to put too fine a point upon it, but it has always seemed to me that anyone who enjoys chasing a small animal around and watching it ripped to shreds has a screw loose somewhere. I wouldn’t be sorry to see this go.

So if legislation banning fox-hunting were laid before me, I’d support the ban.

I’m not completely opposed to wearing fur or hunting animals for fur, but fur farming (and all other kinds of farming) need to comply with humane standards, not only in the way animals are killed but also in the standard of life they enjoy. Such standards also need to apply to imports. They could be enforced by a strict regimen of inspections. I would support legislation that enforces standards to limit animal suffering in all forms of farming. This is something that needs to be worked on at European level, as well as the national level, to ensure that standards are uniform and that farmers that uphold higher standards are not undercut by cheaper, less-ethical produced imports.

A tricky one: I can’t say I relish the idea of animal experiments and I could probably only bring myself to ever conduct one if I truly believed that doing so would save someone close to me. However, that’s exactly the reason people do conduct animal experiments not, presumably, because they enjoy it. When it comes to medicine, at a certain point, you can try to verify your hypothesis with an animal experiment or a human experiment. Of course, one could argue that at least humans are able to give consent and that this whole system only stays afloat because of our willingness to accept that an animal life is inherently worth less than a human one.

Animal activists also argue that medical experiments on animals are not particularly helpful in developing medication for humans. Needless to say, drugs companies disagree. However, more to the point, medical practitioners and university researchers also disagree, and I’m somewhat more inclined to take their advice.

So, although animal experimentation is not something I will ever feel good about, I do not feel in a position to outlaw it when it is conducted for genuine medical needs. I would instead favour strict regulation.

I’m more of a Cirque du Soleil kind of person, myself. In an era where I can watch David Attenborough’s Life series anytime I want, animal circuses don’t seem to serve any educational purpose. On the other hand, unlike fox-hunting, circuses do not aim to kill their animals, and there are a lot of things that I might feel lukewarm about but still don’t feel entirely comfortable with a blanket ban. The exception would be any kind of degrading performances (monkeys riding bicycles, etc.) or performances with a high likelihood of injury: those I’d ban. Also, conditions (space comfort, rest) need to be humane.

Can’t say I’ve ever felt the appeal of engaging in any of these activities myself, despite repeated assurances through secondary school that my height qualified me for a stellar career as a jockey. Again, my core concern here would be to prevent abuse and ensure animal welfare through regulation and inspections.

In summary, I’m more of a humane treatment than outright ban kind of person (except for fox-hunting, which can’t really be made more humane). I’m quite reluctant to criminalize behavior unless absolutely necessary, and I’m also quite sensitive to criticisms of the ‘nanny State’. However, at the same time, I do feel quite strongly about protecting animals from cruelty and unnecessary suffering and am committed to ensuring that humane standards of treatment are implemented and enforced.