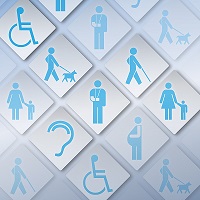 While I have been silent for a long while, I have been busy. One of the most popular decisions in the Fingal People’s Programme was providing better working opportunities for the disabled. Right around the same time we closed the People’s Programme, I received an invitation to “Making It Work: Employment and People with Disabilities” run by the Disability Federation of Ireland. I decided that I would start by attending this conference in order to give myself a better idea of the present state of affairs.

I’m glad I went, because the outcomes were really crystal-clear, and gave me a very definite idea of where we need to be going on this issue. Here are the main points that surfaced:

I will continue to update on my efforts on this point. If anyone would like to work on this with me, please feel free to get in touch.

Working Opportunities for those with Disabilities