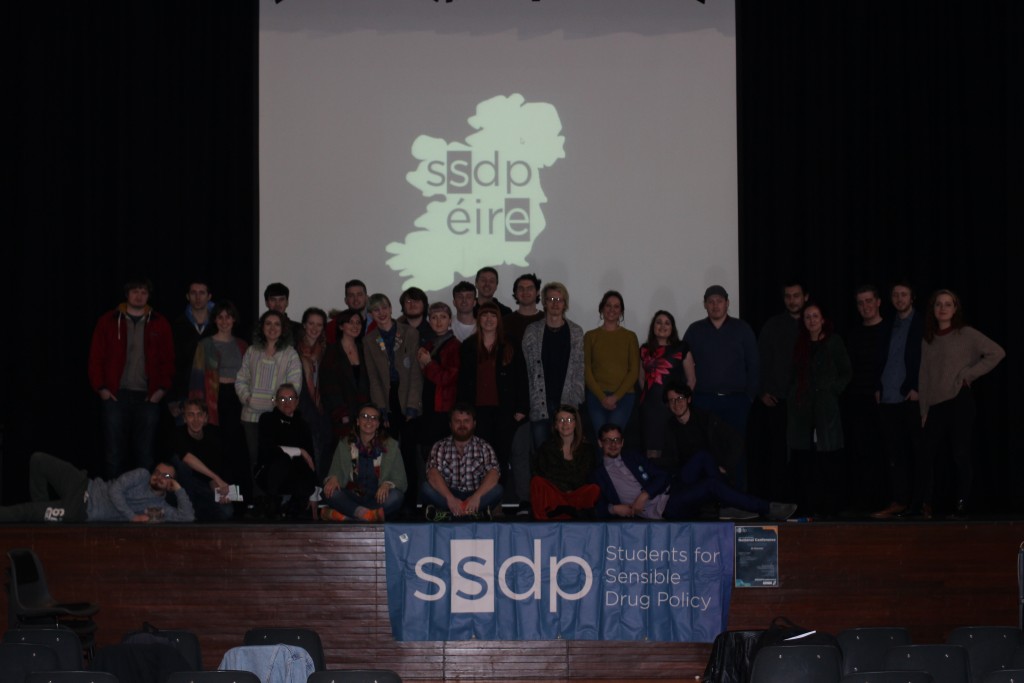 On March 11th, I attended the 4th National Conference of Students for Sensible Drug Policy (SSDP). According to their brochure, SSDP is “the largest international network of students on the globe dedicated to drug policy reform”. The brochure goes on to say that rather than being a criminal justice issue, drugs use should be viewed as a public health issue, and that possibly all drugs should be “taken away from the criminal underworld through progressive legislation and regulation”, pending the collection of evidence that such a development would indeed be helpful.

I attended because these general goals are in line with the results of Fuller Democracy in which 74% of participants from Fingal voted in favour of legalizing cannabis and taxing it at the standard rate of VAT, which by our estimates would generate approximately 150 million Euro in revenue per annum.

Such a sum would pay for something that 95% of people said they wanted – a free-at-point-of-use mental health care system – with money to spare (estimated cost 122 million per annum, whereby the government already spends ca. 30 million).

And that is a very interesting thing, because drug consumption and drug addiction have a lot to do with one’s state of mind. When it comes to drugs tobacco and alcohol (both legal) are, of course, the top killers by an enormous margin, but leaving those aside, things you are mostly likely to get hooked on that aren’t particularly good for you, such as heroin, cocaine, benzos and meth are so addictive precisely because they give you the feeling of being able to cope with life’s little problems, or better yet, like those problems do not exist or are of no consequence.

On the other end of the spectrum, psychedelics like magic mushrooms and LSD are generally taken for recreation rather than escapism, are deemed pretty safe by scientists and may even be useful in treating depression and PTSD.

Marijuana is somewhere just up the scale from the psychedelics – possibly useful in treating certain illnesses and managing pain, not very addictive, generally of very mild effect, and what is probably most relevant here, certainly very widely used. There is some controversy over the long-term effects of marijuana if you really, really go to town on it (can it inhibit your intelligence or trigger dormant schizophrenia?), although it is worth noting in this context that there isn’t much controversy over the effects of alcohol abuse, which all parties admit include a wide array of cancers, dementia, cirrhosis of the liver, depression and heart disease.

Yet, despite the obvious downsides of alcohol abuse we seem to have agreed that prohibiting alcohol (as happened in the United States in the 1930s) achieved little beyond boosting organized crime. As it is said: ‘never give an order that you know will not be obeyed.’ Today, governments around the world make a mint on taxing alcoholic beverages while the vast majority of their citizens never become alcoholics. We are now in a similar situation with cannabis.

It is unlikely that legalizing cannabis would completely eradicate the black market in it, but it would certainly make a big dent, as it would offer convenience, more security about the product you are getting (one of the first effects of legalizing cannabis in some parts of the US is that it has generated a lot of interest in the safety of commercially available weed), and the ability to consume it in a social setting. Thus legalizing cannabis and using the revenues towards a world-class mental health system would kill several birds with one stone:

P.S. As a final bit of information, my handy hint of the day is to be extremely wary of Oxycontin. I’ve spent the day trawling through drug user forums and the number of people who started on this prescription painkiller is pretty startling. See here and here for more info.