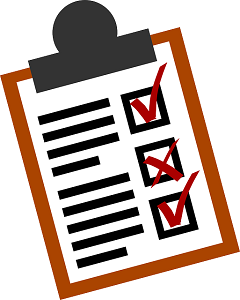 With the census coming up this weekend, a few issues have been brought to my attention.

Regarding Privatisation: Some things, like Eircode and Irish Water scream ‘privatisation’ at you from the get-go, but something as boring and necessary as the census tends not to. So a shout-out here to @gazzahead on Twitter for making me aware of the fact that the IT infrastructure for the Irish census is provided by CACI UK, subsidiary of CACI International, which plays a major role as a US military contractor, including having previously provided interrogators and translators to US forces in Iraq. As CACI is at pains to point out, ‘no one was ever indicted’ for the actions their staff committed in Iraq, but the accusations were certainly not pretty.

So what does this mean for the census?

You should still fill out your census form, as this provides data that is needed to provide infrastructure (school places, hospital beds, etc.). Admittedly, the present government doesn’t seem intent on ever building that infrastructure, but assuming anyone competent ever does get to run this country, they’ll need that data. Also, since the US and UK governments already both have a direct line into all of your data, there is literally nothing that is going to go down on your census form that they don’t already have complete access to.

However, it does raise some questions. First of all, assuming we can ever get to a state where other governments don’t have access to all our private data through other means, a state one can only hope we are all striving towards, the idea of getting a foreign contractor to provide the IT infrastructure for your census does become highly questionable.

The CSO is adamant that CACI has no access to anyone’s info, but since that information is being entered into an IT system they created, it’s hard to see how this could be guaranteed. Especially since the IT would seem to be provided by them because the CSO is lacking the capabilities themselves, meaning that it is questionable as to whether they can really check up on said guarantee.

The second question is why the CSO would be lacking those capabilities, and why we would not be making more of an effort to do things in-house instead of contracting out, otherwise known as handing our tax euros to a foreign company instead of keeping them in-country. Once something is put out to tender, one is quite constrained by as to whom one can reject and accept, so the obvious answer to avoid these types of problems is not to outsource in the first place, which has the added bonus of developing in-country expertise and keeping public money in-country as well.

I’m sure it would be somewhat less efficient to do things this way, but outsourcing public contracts to foreign companies is merely an efficient way to offload some of your tax revenues to those companies, which is an even less desirable outcome, because that money then leaves the country never to return.

Regarding Religion: If you truly do not have a religion, it is in your interests to mark ‘no religion’ on the census form. This is especially the case, if you have children and want them to attend a non-religious school, because school provision is exactly the kind of thing census data is used to determine (theoretically, anyway, as previously discussed). There are no ‘lapsed Catholic’ or ‘nominally Protestant’ options on the census form (although there is an option to fill in ‘other’ as you so desire), so it’s a quite crude, all-or-nothing affair. Assess your options and mark according to your own best conscience.

The Humanist Association of Ireland is currently running an information campaign.

Some Notes on the Census