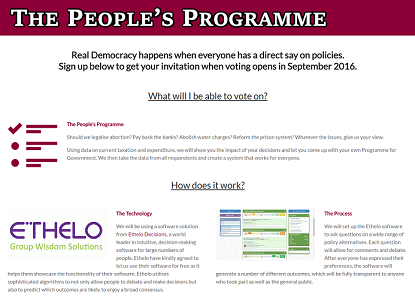 Since the election, I have been focusing on putting digital democracy into practice, and I’m happy to announce that our first event will be coming to you in September!

In the meanwhile, here are a few of my thoughts on some of the recent developments in politics in Ireland and abroad:

The Water Commission, Reunification, Housing Plan, and the Convention on the 8th Amendment