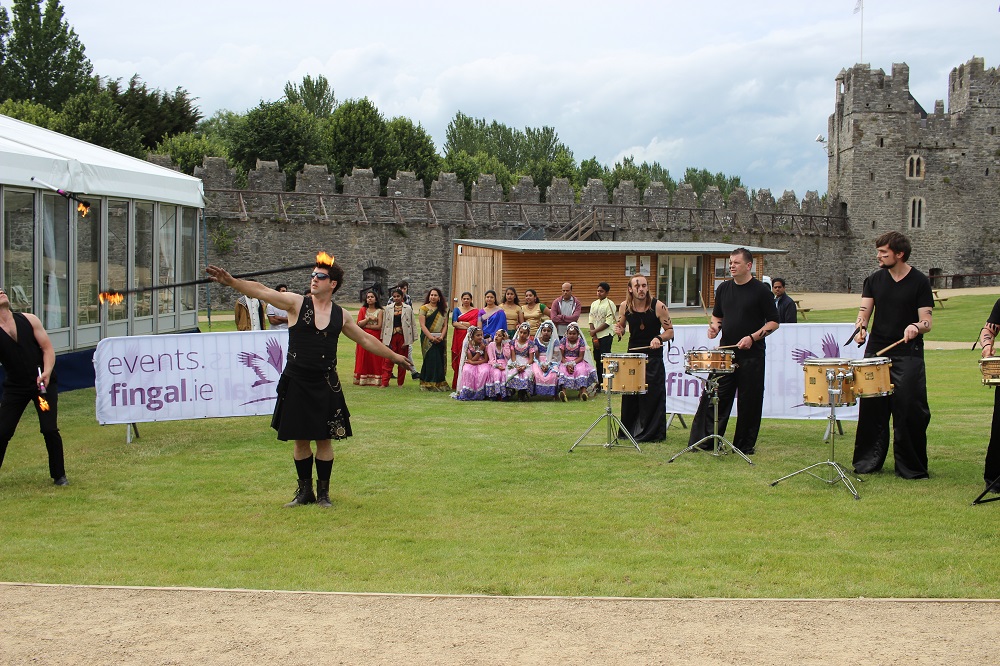 On April 24th and July 10th, I was invited to attend ‘Creative Fingal’, public events intended to “capture the existing creative culture picture in Fingal” and to inform the development of the five year culture plan for 2017-2022. These were well-attended events, with at least 200 people (if not more) participating. The discussions focused on improving access to education in arts, music and crafts among school children and students, and in providing facilities for the arts to flourish in Fingal.

I raised two points during the discussion:

1) The costs of public liability insurance

As anyone who has organized a cultural event that is open to the public will know, the costs of obtaining public liability insurance can be prohibitive and often pose a significant financial hurdle to grassroots organizations. Insurance costs in Ireland, in general, are very high – indeed motor insurers were raided by the EU earlier this year on suspicion of forming a price cartel. The government needs to ensure that insurance prices are not artificially inflated and/or that grassroots groups could avail of a group insurance that defrays some of the costs associated with holding public events.

2) The need for infrastructure

Arts and culture do not exist separately from society – in fact they are very much entwined with our everyday lives. Culture comes from within people in ways that are spontaneous and hard to replicate. This is why joined-up thinking is so important in this area. At the meeting, I brought up the importance of viewing arts and culture as the products of the right conditions, and two of those conditions are leisure time and the ease with which people can make connections.

When people are commuting for hours to work every day, they start to lose the energy to even attend cultural events in their area, much less the ability to sit down after a shift and bang out the script to a play or a musical score. Better public transportation helps people to get to events, like band practice and art classes, but also helps to cut down on the daily commute to work (something that affects many people living in Fingal). Improving working conditions by banning zero hour contracts and long-term unpaid internships would also help, as would getting housing prices under control, e.g. through inflation-pegged rent controls.

While it may sound at first glance that these things are not related to arts and culture, leisure and disposable income are the fertile ground in which culture grows. Give people a bit of extra time and a bit of extra money and they will want to buy nice things and go to interesting events with it; in short, we will have created a market for cultural products, be those books, concerts, art exhibitions, culinary events or anything else. There are plenty of people with artistic talents out there who would be happy to fill that market. In the long-run, this would be much more cost-effective, diverse and empowering than attempting to create culture among an overworked, underpaid population purely via government grants.

That being said, some government initiative and the hosting of public events will always be important in arts and culture, and some of the events that are coming up which may be of interest are: