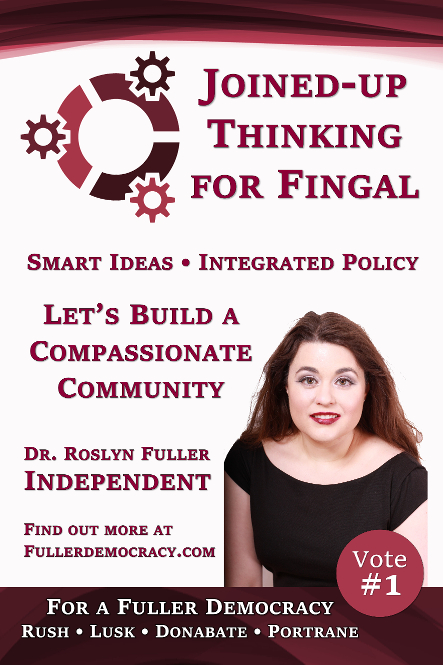 A huge question that comes up constantly for me is: would you really do what people wanted – even if you want something different?

And I always answer: yes, I would, because I am more committed to democracy than getting my own way.

I really don’t feel like I have the right to countermand what people want – and I also believe this is a slippery slope to oligarchy. Everyone after all always thinks they know best.

However, the occasion to prove this has finally arisen: because there is nothing I would like better than to put up three or four hundred conventional election posters right now.

This is not because I think they are great. In fact, I think these huge wastes of space with nothing but an enormous face and name on them convey practically no information, and often pose a safety hazard for traffic. In addition, they really are built to last, so they don’t biodegrade very well.

However, there is one thing I will not dispute that election posters work really well for – name recognition and getting the word out that you are running in this election. That’s all they tell you, but they do tell you that.

To have to drive around the area and see nothing but every other candidate’s faces plastered everywhere does really, truly pain me.

However, when I asked people what they wanted in Fuller Democracy, they said that election posters should be used in designated spaces only, and study after study shows that this is a consistent preference over years, for example, see this Journal article which cites a 77% support rate for limiting posters before preaching to people about why they are great anyway.

I don’t believe in this kind of condescension and infantilizing of people. I’m very serious about respecting their wishes.

I have therefore only used posters in pre-designated poster spaces (3 bus stops in Rush and Lusk).

This cost more money than hundreds of conventional election posters would have (no exaggeration), and since there are only three of them, they will be less effective.

That means that when it comes to the election I have an uphill battle – not plastering conventional posters everywhere puts me at a disadvantage, and since I have canvassed twice a week every week since the last election, it does personally pain me to think of all of that effort potentially been washed out by an onslaught of faces and names.

However, I’m not asking for your pity, I am asking for your vote, because this should be an indication that, yes – I am the kind of person who sticks to their promises, even when it sucks. If I say I am going to do something, I do it.